Growing up I was fascinated with the Indiana Jones movies.  Watched the movies countless times. I loved how “Indy” went on these wild and fascinating adventures all over the world when he wasn’t working his day job, teaching at the university.

I don’t know if it was fate, luck, or random circumstance, but when I was in the jungles of Vanuatu, trying to find a hidden tribe of people, I realized that I was on my very own Indiana Jones adventure.
I’d been hired by the production crew of the TV show Survivor. You know, the one where they drop off a handful of people in a remote foreign land—and these contestants have to survive not only the elements but being voted off the show by the other players. Well before they brought in the contestants, they brought in people like me (and others) to organize the logistics of operating a TV show in a remote location.

I worked for Survivor on a season when they chose Vanuatu as their destination, which is a small nation of 80 islands in the South Pacific. The capital city, Port Vila, had the usual amenities you find in most cities: hotels, grocery stores, bars, and a shipping port.

However, when I toured the area where the show would be filming, I discovered a handful of small villages where the people lived completely off the land. They made their own clothes and their own transportation (dugout canoes with outriggers). They maintained gardens and fished daily to feed their families. They didn’t use or need money. They traded with other tribes if they needed something they didn’t have. It was like going back in time. It was awesome. 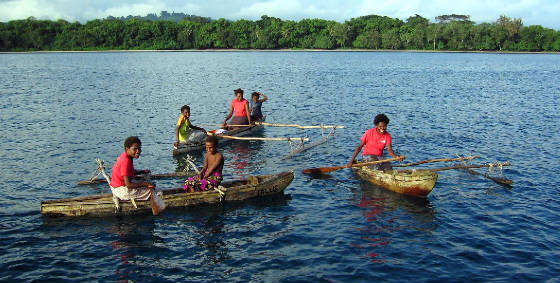 The producers of the show needed to rent some of the villagers’ dugout canoes for filming. They didn’t know how to pull it off, so I got tasked with making that happen.

The people of Vanuatu speak Bislama, a pidgin language with hints of English. You can understand much of what they say, but not all of it. So on my first mission to speak to the tribes about using their boats, I brought a local from town who spoke English and could help translate. A boat dropped us off on a small island where we knew a tribe lived, and we asked to be picked up in three hours.

As we started into the jungle to find a trail or some sign of the tribespeople, I suddenly wondered how many visitors these people got. I wondered if our visit would be unwelcome or perceived as a threat.

I asked my translator where the tribespeople lived and if they welcomed visitors. He looked at me nervously and said he had no idea. Oh great, I thought. It wasn’t long before I sensed we were being watched.

A man appeared ahead of us and started talking quickly to my translator. We communicated our desire to meet with his chief. The man from the jungle gestured for us to follow him.

I had knots in my stomach, but at least we were making progress. Or so I hoped. The chief was a quiet, reserved man who wasn’t ornately dressed. I wouldn’t have guessed he was the chief except for the stoic confidence he exuded.

He gestured for me to start talking, so I began to explain my reason for being there. I did my best to communicate and show my respect while hopefully getting him on board with the production company’s plan.

The Chief sat and listened. Suddenly, he put his hand up for me to stop talking.

I figured I had spoken too much or said something wrong. Without saying a word he rose and walked away. I looked at my translator and said, “What just happened?” He gave me that look again that told me he had no idea. “Oh Great.” I thought.  Then the man who had led to the village told us to follow the chief. We did.

The chief led us to a small clearing, where he picked up a big stick (I’m not exaggerating), which he swung at this large metal tank that was hanging from a tree. This thing looked like it must have washed up on shore at some point. Every time the chief made contact with the tank, it rang out with a loud boooonnnngggg.

Villagers began to appear from the jungle in every direction and surrounded us. I stood there in disbelief. It was like a cool scene right out of a movie. However, in reading up on my Vanuatu history days before, I learned that these people practiced cannibalism at some point in their past. So as cool as the situation was, I felt more than a little nervous about where all this was going.

Once the villagers had surrounded us, the chief gestured for me to start talking again. I realized he just wanted me to share everything I was telling him earlier with the rest of the tribe. This led to excitement (not anger, thankfully) from the villagers. When I finished explaining, the villagers led me down to the beach where they kept their dugout canoes. Each family had their own. They took much pride in them. Some had decorated theirs with primitive paints. They all wanted me to pick theirs for the TV show, so each one told me the story behind their canoe and showed me how sturdy it was. It was great fun and an early glimpse at how genuine these people were. 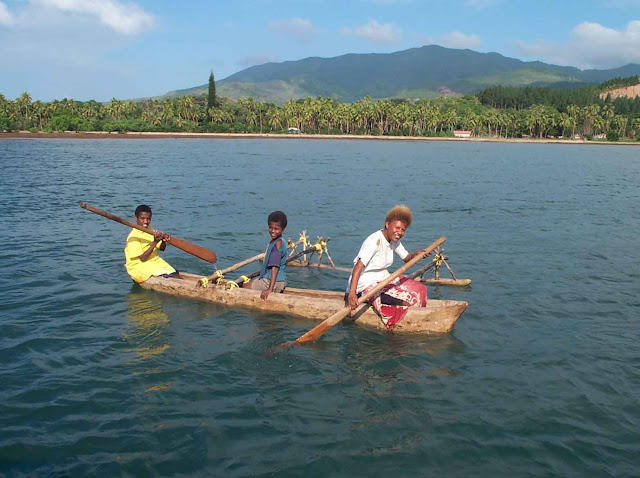 During my time in Vanuatu, I had the amazing opportunity to meet with many chiefs and tribes. They got to know me well, as I helped coordinate the multi-tribe production shoot with the villagers’ canoes on the first day. After that, we hired many of them as deckhands on our boats.

They were some of the happiest and most endearing people I’ve ever met. They didn’t have any money, and their motivation for working with us was not money. They didn’t even know what to do with it once we paid them. They just wanted to be a part of whatever we were doing.

These native people of Vanuatu lived a primitive life, but they seemed to be always smiling and happy.

It was a good reminder that money doesn’t buy happiness. We’ve all heard that a million times before, and I believed that, but I also believed that money was necessary to provide comfort and security for myself and my family. However, I realized from spending time with these people that they seemed really at peace with not having money. It was an incredible thing to witness, and it has impacted my views about money ever since.

Don’t get me wrong—I love earning money. I love taking my family out to dinner without worrying whether we can afford it. I like to go on adventures with my family, which often cost money. Our society runs on money, so learning many ways to earn it is essential.

In my work life I set up my company around my own personal business religion, this helps me make decisions that correlate with my core values. For example, I want to be the best at what I do. I want to help my clients win, even if it means I lose money. I want to help the agents in my office succeed, even if I have to take a pay cut. I find that when I put others first, it pays me back again and again.

I have found that focusing on money first just produces short-term gains. If I focus first and foremost on the product or service I provide, it ultimately produces far more money.

Businesses that win are the ones that consistently provide the biggest value (or perceived value) to the customer.

If a business is going to charge more than their competitors, they better provide more value to the customer. I run a real estate brokerage from which many agents operate their individual businesses. These agents have the option to work at dozens of other brokerages in town. My brokerage is not the cheapest place for them to work, so my responsibility, as the owner, is to consistently provide them a value of working at my firm that is above and beyond what they can get from other brokerages in town. I want my brokerage to be the best value for them as well as the most fun, fulfilling, enjoyable, and profitable place for them to work.

Strive to exceed expectations without expecting more money or recognition; both will eventually find you.

For some agents, that “value” might be better tools and resources. For others, it might be a healthy and fun work environment. Others just don’t want to be nickeled and dimed with fees, while some agents focus on getting something from the brokerage they can’t get anywhere else. The agents are the customers of my brokerage, just like my clients are my customers for the homes I help them buy and sell. I am really operating 2 separate businesses, they just blend together so they appear to be one. 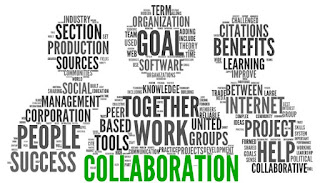 I’m very proud of the business I’ve built.  I’m proud of the agents that work in my office and I care deeply for them. They feel like my TRIBE. I believe that is why I enjoy my work so much, because I am supported and surrounded by a great group of people who have my back and I have theirs, just like the tribes in Vanuatu. They were happy because they had a place of belonging where people cared about them. They worked hard, but they worked hard together.

I guess all that time on the islands of Vanuatu rubbed off on me. I didn’t realize how much until I started noticing the tribes I was forming in my life. Now that I have them, I can truly see the value and the impact they can have on your life and your business. My tribe helps me realize that life is not about being the lone adventurer. That said, I’m still a fan of Indiana Jones.